Where to Pay with Bitcoin and Why?

Like all currencies, cryptocurrencies like Bitcoin live from the fact that people pay with them and use them as a store of value. If someone wants to pay with Bitcoin, he quickly realizes that Bitcoin has advantages and disadvantages over traditional fiat currencies. Here we want to look at these pro and cons and talk about some popular acceptance places.

Financial institutions have the possibility to terminate the accounts of their customers, which makes it difficult for them to participate in social life. This is a serious problem, which is particularly important in authoritarian countries, but can also play a role within the EU (e.g. WikiLeaks). Participation in the Bitcoin network, on the other hand, cannot be prevented because anyone can download a software wallet and thus create a Bitcoin address.

The total amount of all Bitcoin is fixed by an algorithm, so no central authority is able to artificially increase it. National currencies, however, often get into an inflationary downward spiral in crisis situations, which can end in a hyperinflation of several million percent per annum and thus the complete devaluation of the money.

In the crisis year 2020, the central banks of many previously stable countries also created an unusually large amount of new money. This process appears to continue in the coming months, which should make it clear that the entire global financial system is in a crisis. Because the creation of Bitcoin was very much influenced by the financial crisis of 2008, this seems to be exactly the situation for which Bitcoin was created.

While Bitcoin is not a "Privacy Coin" and payments can only be optionally anonymized via third-party providers, even a simple Bitcoin payment offers many advantages over traditional payment methods. A user can create millions of Bitcoin addresses without having their name and address registered with a financial institution.

Privacy protection is usually associated with illegality, tax evasion and the Dark Net due to media sensationalism, but this is a one-sided view. Hacking attacks on companies where the credit card information of several million customers has been stolen illustrates the dangers of the traditional financial system. The less data is collected, the less data can be stolen by criminals.

With Bitcoin it makes no difference whether a payment is made in one store or across several continents. In both cases the payment takes the same time and costs the same amount. So what seems like a disadvantage compared to cash is at the same time an advantage over traditional providers of international payments.

Depending on the country of origin and destination, bank transfers can take up to a week and cost 2%, 5% or even 10% of the total amount. Even if you only want to send 100€ from Germany to a non-European country, it may already be the case that Bitcoin is cheaper and the higher the amount sent, the higher the savings, since the transaction fee is independent of the amount sent.

Currently, a Bitcoin transaction costs more than $4 on average, so it is not suitable as a payment method for smaller transactions. This is due to the limited number of transactions that can be made per block. There are several approaches to solve this problem, with the Lightning Network already being used by some Bitcoin users for cheaper transactions.

Besides Bitcoin there are other cryptocurrencies that have their own approaches to processing a large number of transactions per second. Many of these approaches have already been tested in stress tests, but are rarely of practical importance due to the lower transaction numbers of these Altcoins. This could change in the future, however, if cryptocurrencies in general were to gain in importance. Among the cryptocurrencies, which can score by particularly low fees of under $0.001, rank e.g. Dash and Bitcoin Cash.

As well as the high fees, long confirmation times are a problem resulting from the limited space for transactions. But even the block time of 10 minutes can already be a problem, because the vendor can only be sure that the customer will not redirect his payment once it has been written in a block. This problem is of lesser importance for online commerce, but in a retail store it can cause a customer to wait or the vendor to take a risk.

There are several solutions to this problem, with both the Lightning Network for Bitcoin and other cryptocurrencies such as Dash (InstantSend) and Bitcoin Cash (0-conf) promising faster transaction times.

The prices of a cryptocurrency can change rapidly, with both upward and downward outbreaks possible. Given this situation, it is difficult to use cryptocurrency as a stable means of payment. This problem will only be solved by a higher degree of acceptance. The more people use Bitcoin as a means of payment and value storage, the more stable it will be. 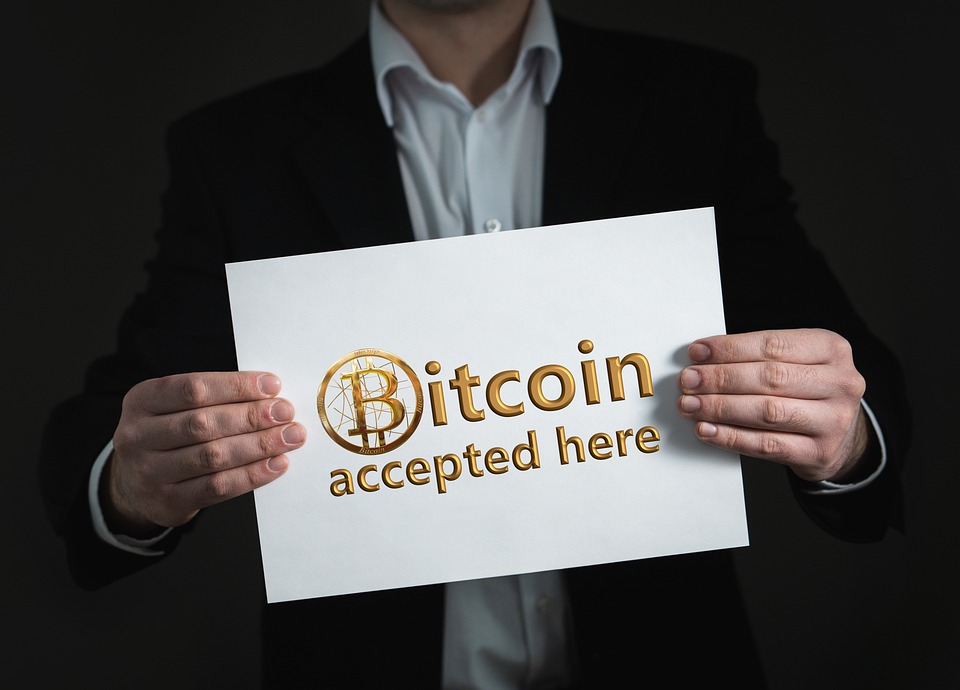 Where can I pay with Bitcoin?

Now that we have dealt in detail with the question of why Bitcoin is used by many people as a means of payment and what obstacles still exist, we want to look at a few acceptance points where you can already pay with Bitcoin.

Probably the largest acceptance point in Germany is Lieferando, a portal that enables ordering from thousands of restaurants. The portal uses the payment service provider BitPay, which means that various Altcoins, such as Ethereum and Bitcoin Cash, can also be used for the payment process. In addition to many small pizzerias and other local restaurants, it is also possible in many places to order from Burger King and McDonalds via Lieferando and pay with cryptocurrencies.

As the name suggests, CheapAir is a provider that helps you find cheap flights. But CheapAir's offer does not end there. If you find the right flight, you can book a hotel room and a rental car directly. If you want to spend your vacations in your home country, you can of course book your accommodation and travel comfortably by car or train.

There are many sites that specialize in collecting information about businesses where you can pay with cryptocurrencies. A German-language list exists e.g. on the side BezahlenMitKrypto.de, which has at present 64 entries registered, whereby beside on-line Shops also different craftsmen, tax counsels and snack booths are listed on the site, to name only a few of the categories.

Our online store offers thousands of products from the areas of hardware, video games, electronics, cleaning products and pet supplies, as well as a concierge service through which we can deliver almost anything you can imagine. Here you can find more information.

On our sister site we offer a rich selection of cryptocurrency-releated merchandise. Beside coin-specific products for Bitcoin, Dash, Monero and others, you can also find the official merchandising stores of 'CryptoMonday' and 'Der Blocktrainer'. In addition we work with the artist MX12.Levins to offer a wide range of crypto art on canvas or as poster.